Jessica Doyle is a Postdoctoral Research Associate in the Transitional Justice Institute at Ulster University.

Turkey has been at the forefront of global political interest in recent years as policy makers have struggled to deal with the Syrian crisis, and concerned citizens, journalists and academics have sought to draw attention to growing state illiberalism under the Justice and Development Party (Adalet ve Kalkınma Partisi; hereafter AKP).

Most recently, concerns have been raised following the sentencing of prominent journalist and editor of Turkish daily Cumhuriyet, Can Dündar, to five years in prison amid a wider crackdown on independent media and government critics. The impact of the Turkish state on civil society organisations (CSOs), which includes formal non-governmental organisations (NGOs), women’s organisations, advocacy, community and religious groups, has also been noted with concern, although this issue has generally received less attention. It is precisely this issue of the impact of the state on CSOs which is addressed in this essay.

In 2013/4, as part of my PhD research, I carried out face-to-face interviews with 44 women’s and human rights organisations from across the political, religious, and geographical spectrum in Turkey. This included interviews with Islamic, Kurdish, Kemalist, and liberal feminist organisations from across the seven geographic regions in Turkey. The emergent findings underscore the high level of state control and involvement in organised civil society, many aspects of which are not extensively covered elsewhere. These findings raise serious questions about the future of independent CSOs in Turkey, and the broader role of civil society.

“To do a project in this town you have to sit with the government in a way because you have to get permission…Engaging with them also increases the outreach [of the project]. We don’t have the luxury to disregard the state, we are aware of that.” (CSO Interview 1, January 2014).

The foregoing quote from one independent women’s organisation is typical of the experience of CSOs in their interaction with the state. It describes the necessity of engaging with the state in order to carry out certain projects, and/or to ensure that projects have a wide reach in society. For instance, projects focusing on education often require co-operation from the Ministry of Education while projects focusing on health require co-operation from the Ministry of Health. Independent organisations, particularly those dependent on funding distributed through projects report that the state has used this to their advantage to moderate CSOs and control the issues and activities they can pursue. By way of example, the following organisation spoke about the state’s reaction and resultant organisational implications when they ran a project it “morally objected to”:

“We had a written agreement to work with the Ministry of Family and Social Policies. We have it still, but it’s not going well anymore. They don’t like this project we started, so now it’s getting harder and harder for us to work with them, [and its] getting harder and harder [for us] to achieve our aims…[B]ecause the state doesn’t like what we are talking about we can’t get the support of anyone who has contact with it. For instance, social workers are no longer permitted to work with us by their bosses.” (CSO Interview 2, December 2013).

Bearing this in mind, other organisations spoke about how they effectively censor their views and/or activities they pursue so they can continue to engage with the state, stating that they “try not to annoy [state representatives]…or make them angry; we try to work collectively with them” (CSO Interview 3, January 2014).

The state was also seen to moderate and control independent CSOs more directly through various repressive measures. Most of the organisations interviewed (24/44; 54.5%) had experienced some form of repression. Methods of state repression include more apparent forms of oppression which are sometimes covered in the media and literature, such as the imprisonment, detention, and intimidation of CSO personnel, but also more subtle tactics such as excessive fining of independent organisations on the basis of questionable audits, and attacking organisations in state media. In all cases, the organisations interviewed agreed that the purpose of these tactics was to silence opposition and dismantle the demands of independent CSOs. Typical examples of state interference included:

Organisations that were interviewed describe the state’s tactics quite clearly and outline the impact of repressive state measures on the organisation’s ability to function:

“Usually after there is something political, so after some conflict emerges, we are exposed to…really strict financial controls…[and] they give organisations like ours really large fines. At some point you can barely function. I think by doing this they are saying ‘if you are not one of us you cannot survive”. (CSO Interview 4, August 2013)

“We were out on the streets protesting, walking, and a [state] newspaper wrote a piece about us saying…“Women who were dressed up really well and who have never been exposed to violence in their lives were on the streets”. (CSO Interview 5, January 2014)

“Is the government involved in creating its own civil society organisations? Yeah, it is…In Turkey, on the conservative side there aren’t many organisations working politically on women’s issues… so maybe there is a need for more women’s organisations who are pro-conservative….that’s not to say that the government directly finances them or anything, it’s just giving some women a push. You know, saying to them “we need more organisations, so go and establish them.” (Government representative Interview 1, February 2014)

This quote is quite explicit, and “a push” for some conservative women’s organisations effectively implies that the government is pushing more regressive rights for women in areas like reproduction, employment etcetera. This is consistent with a broader state agenda to roll back gains made in women’s rights under earlier governments and in the early years of AKP rule.3 It is also worth noting that reports of state co-option and creation of CSOs are substantiated by other reports from independent CSOs made in the media, and by an analysis of the distribution of state funding.4

“[The state] give[s] large amounts of funding to religious organizations to run educational projects. These projects then teach children how to pray and read the Qur’an, teach girls that their most important role is to be a mother, and encourage them to be modest and wear a [head]scarf. Ultimately, they are making those children into more conservative adults.” (CSO Interview 6, November 2013)

“If there is an association founded they just establish a counter association…that works on the same issue… and then they support that association, making yours, the other one, inactive in this way. So, the democratic people who were part of civil society previously are then basically excluded” (CSO Interview 7, January 2014)

The potential role that CSOs can play in holding the state accountable and advancing/protecting democracy is well-documented in the literature.5 So also are the myriad of ways in which powerful states can effectively dismantle the demands of independent CSOs, and manipulate civil society in a way that upholds state power and undermines democracy.6 The question is what effect will the state have on the roles of CSOs in Turkey? While not detailed here, CSOs in Turkey play/have played numerous progressive roles in society, crucially in protecting women’s rights, minority rights and human rights. Yet, in a context where CSOs are seemingly caught between control and co-option by an increasingly illiberal state, the future role of civil society is far from certain. Overall, the findings of this research paint a worrying picture. 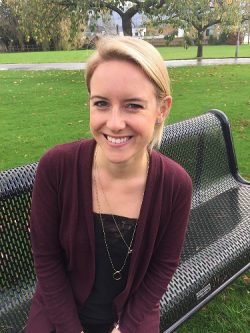 Jessica Doyle is a Postdoctoral Research Associate in the Transitional Justice Institute at Ulster University. Jessica holds a PhD in Politics and International Relations from University College Dublin, Ireland. Her doctoral research was concerned with exploring the role of civil society organizations in advancing democratization in the Middle East North Africa region. Her primary research interests include the role of civil society in processes of democratization; issues of gender equality and women’s rights; minority representation in politics; and the impact of the state and supranational institutions on civil society, democratization and women’s rights. 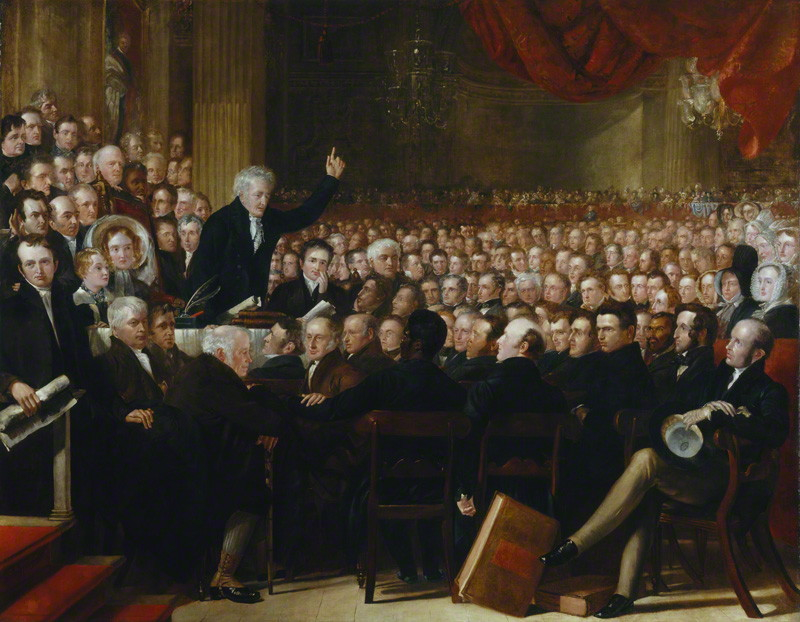 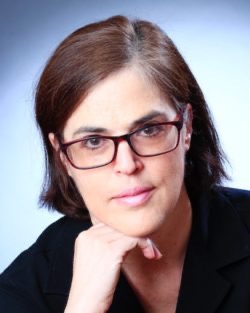 African-American Voices are Playing a Major Role in Ending the Death Penalty in the U.S. Writes Laura Porter

"Voices of Color Hasten Decline of the Death Penalty" 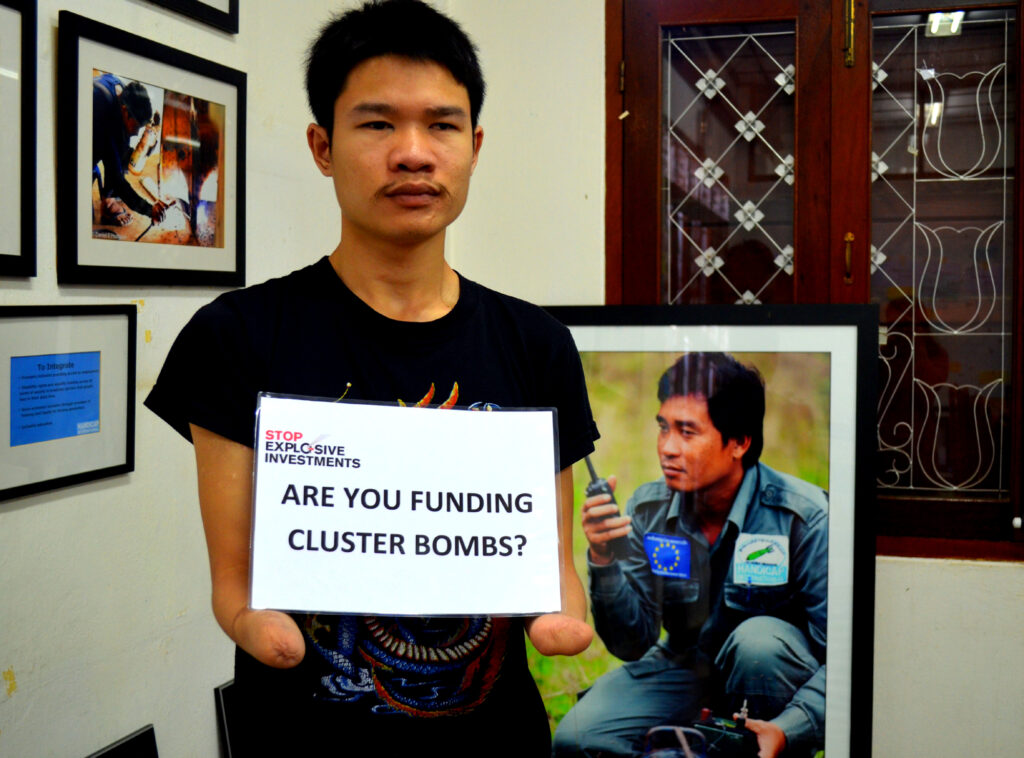